Cartagena: Welcome to the Colombian Carribean

Colombia – Cartagena is a historical and cosmopolitan city located in the Colombian Carribean, and one of the main touristic destinations of Colombia. Cartagena boasts a warm climate every day of the year with a mínimum temperatura of 24° and a maximum of 35° centrigrade while the sea is a balmy 27° to 29° centigrade. There are 2 seasons throughout the year: the warm, dry season from December to April, and the rainy, humid season between May and November, and so because it’s warm all year you can visit any date of the year.

How to get to Cartagena de Indias

Cartagena has an international airport (Rafael Núñez) to which there are direct flights from various cities around the world, but the best way to get here is via Bogotá – Colombia. It’s cheaper to take a direct flight from Bogotá because not only are there cheap flights these days, but also that in an hour you will already be in the International airport Rafael Núñez.

Once you get to the airport, it’s 5 kilometers to get to the historical center of Cartagena – Colombia, and you can take a taxi just outside the Arrivals area of the airport. These taxis have automatic fare of around 7 USD, and the trip will take about 15 minutes. You can also get to the historical city center by bus: leave the airport, walk one block and you will find buses called “Metrocar”, which you can recognize by their white and green colors. These buses will bring you toward the historical center of Cartagena for just 1 USD! Keep in mind that the bus schedule is from 6:30 A.M. to 11:00 P.M., while the taxis are available 24 hours a day.

It is really simple to move around in the historical center: you can take a taxi or use the public transit system Transcaribe, which has stops in all the most important spots in the city. Inside the historical center there are a huge number of options for lodging, as many hotels as hostels with a diverse range of prices according to your preferences. If you are looking for more economical backpacking hotels, you can look in the Getsemaní, the Colonial neighbourhood where slaves used to live in the past. Close by, you’ll find touristic sites like the Convention Center (Centro de Convenciones), the Church of the Third Order (La Iglesia de la Tercera Orden), and the Centenary Park (Parque Centenario), where cultural activities take place on weekend nights. 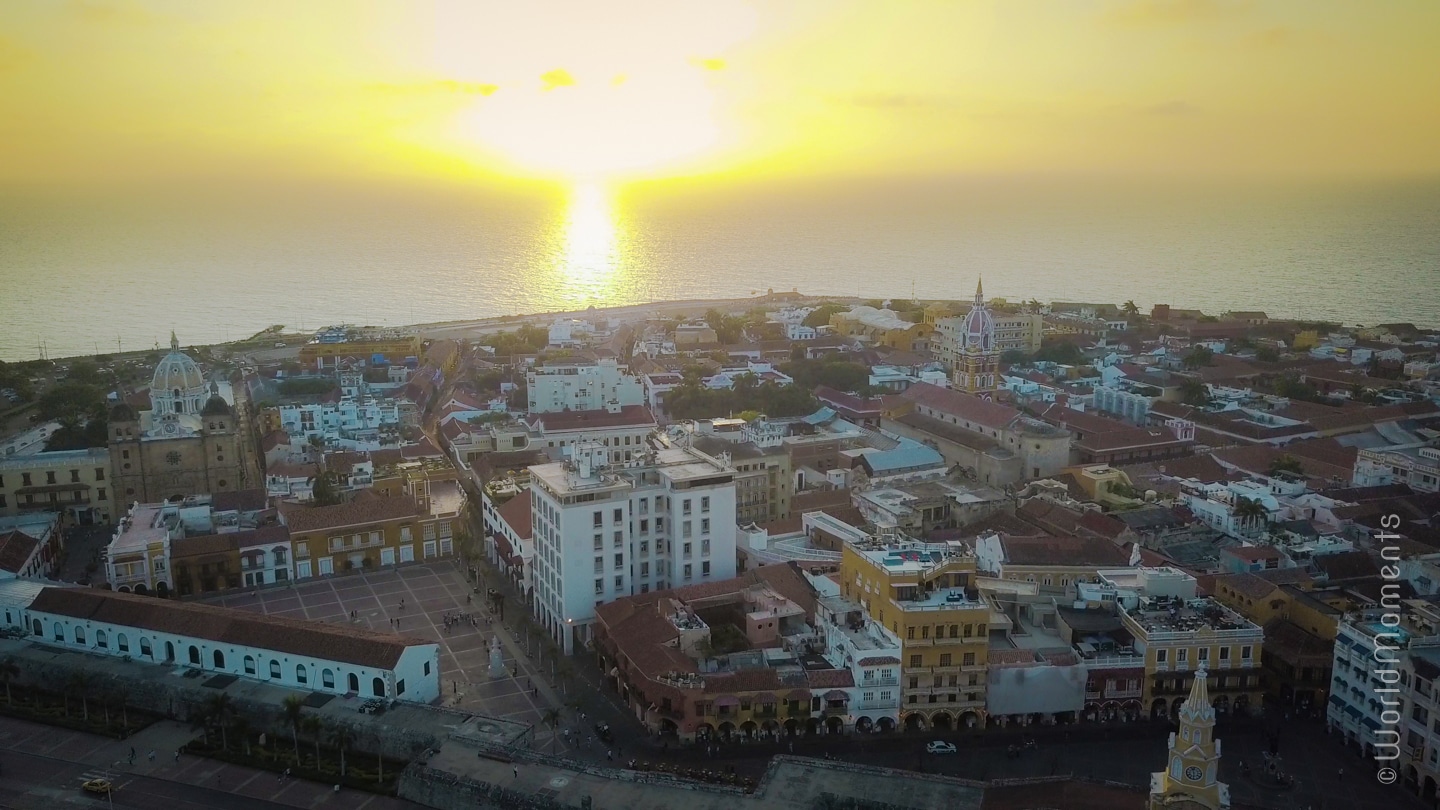 You can explore the historical center of Cartagena on foot, by bike or in little horse-drawn carriages that are typical of this romantic place, which are part of why this place is so sought after by couples for wedding proposals and honeymoons. The well-preserved Colonial houses, balconies adorned with colorful flowers, the streetlamps that light the beautiful streets and the sound of horse-drawn carriages all combine to make you fall in love and not want to leave this place.

But it’s also recommended that you take a tour of this part of the city with a guide so that you can learn about the history of Cartagena. Because this city is a part of Colombia, it has also suffered almost three centuries of colonization and was raided by pirates and English, French and Dutch troops who took it upon themselves to sack, attack and destroy Cartagena. But because of this, important defensive works were constructed, such as the 11-kilometer walls which surround and defend the historical center, and the San Felipe castle which was constructed in the year 1657 on a hilltop, which allowed them to observe invasions of the city by land or sea. These days, these impressive constructions make Cartagena de Indias an enchanting place. 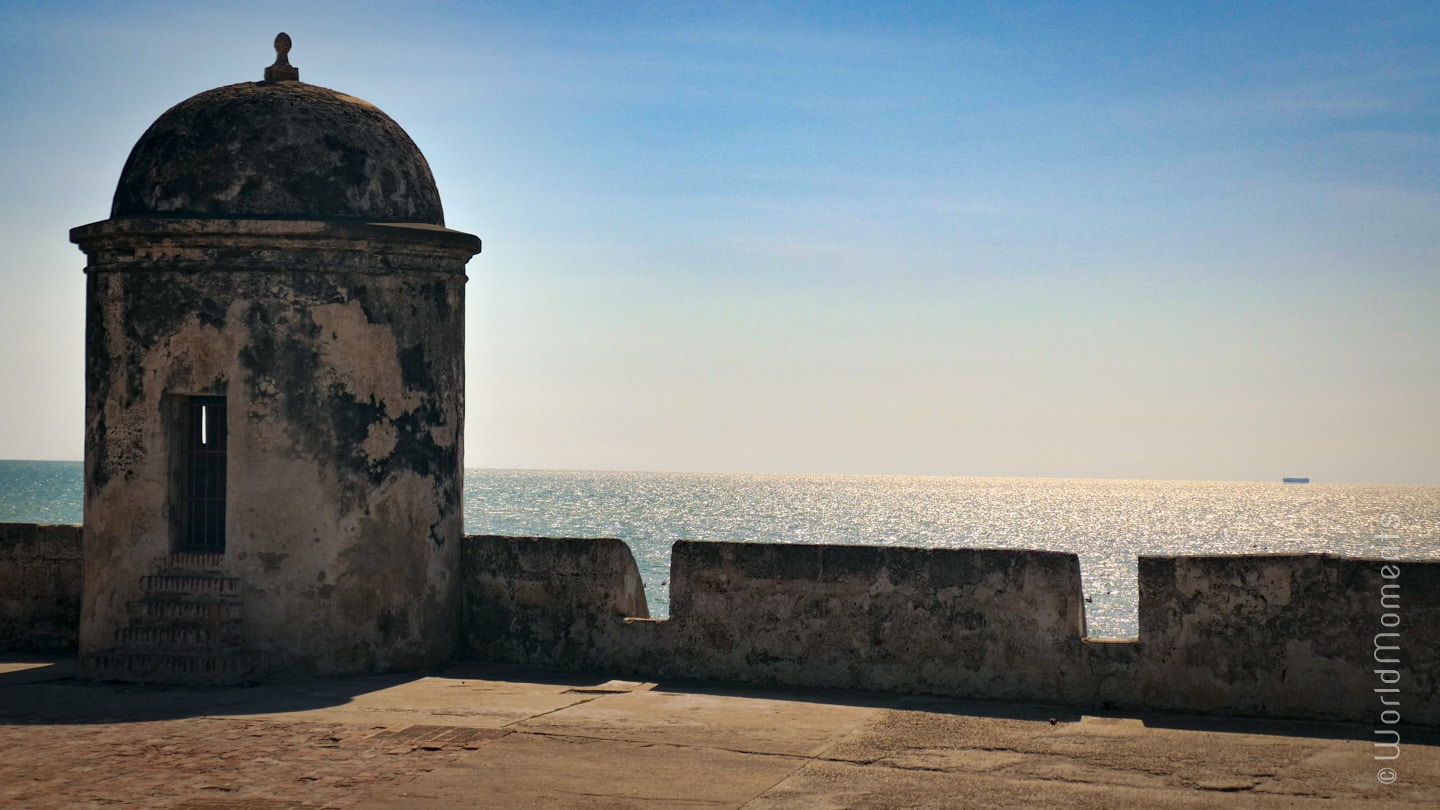 Cartagena tourism – City wall of Cartagena: The defense of the city in the last centuries, today a touristic spot

Bocagrande is very close to the historical center, another of the most visited sites in the city. You can see tall buildings there which enjoy the coveted view of the sea, luxurious hotels, commercial centers, bars and restaurants with a wide selection of “fritos” (a local name for snacks), and typical coastal drinks and food. Among the most popular snacks, really stand out: “arepa con huevo”, a kind of flatbread made with corn flour and filled with an entire egg plus beef or chicken, and “carimañola”, made with manioc, cheese, eggs, and beef or chicken. There are also other typical and delicious foods which are mostly based on coconut and various kinds of seafood. Make sure you don’t leave Cartagena without drinking a tasty coconut lemonade or eating a plate of delicious coconut rice. 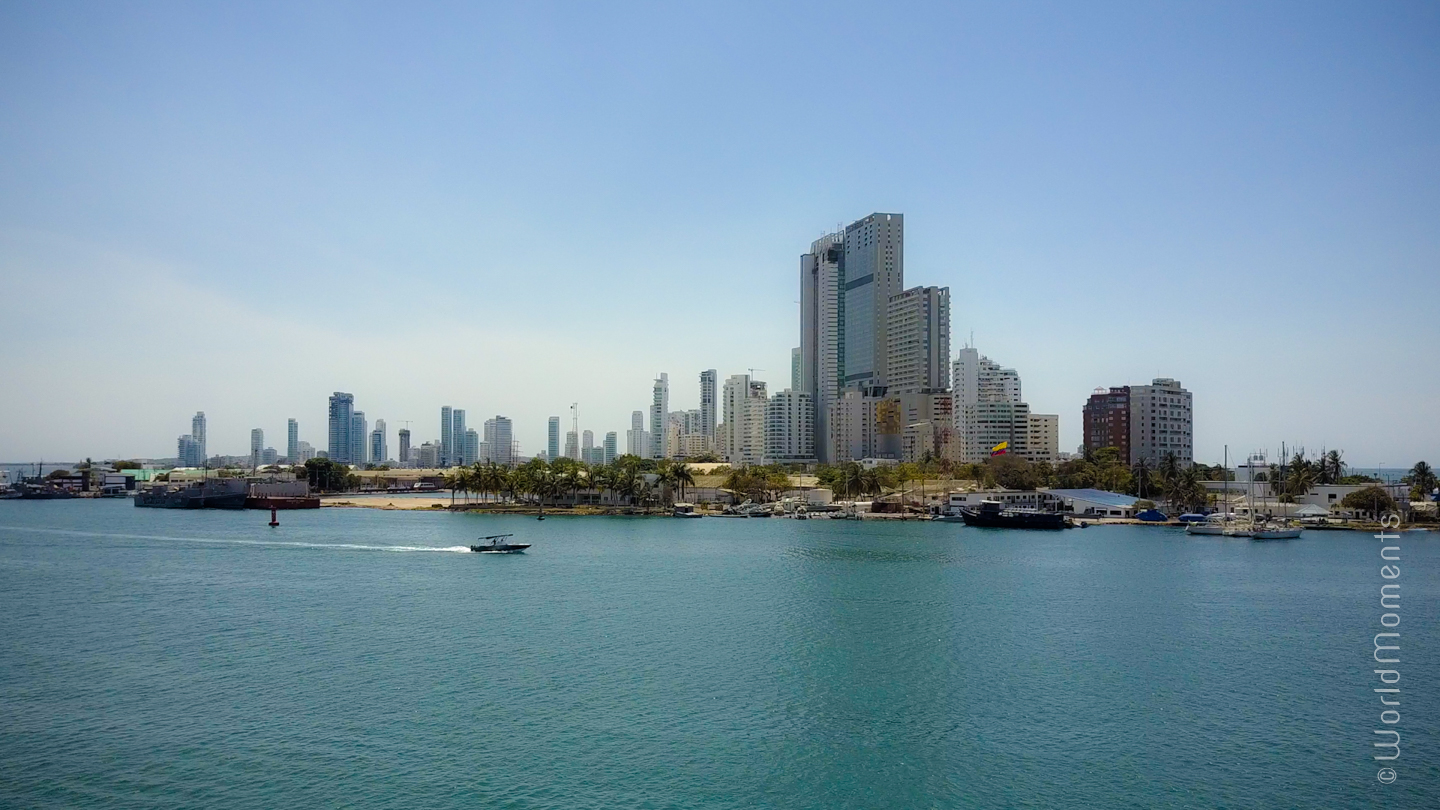 In the neighbourhood Bocagrande, just across the San Martin avenue, is the Bocagrande beach, which is the most visited beach in the city because of its proximity to other touristic sites. Tourists arrive here to enjoy the sunshine and waves, and El Laguito, surrounded by buildings and found at one end of the beach. This beach is ideal for ocean sports. 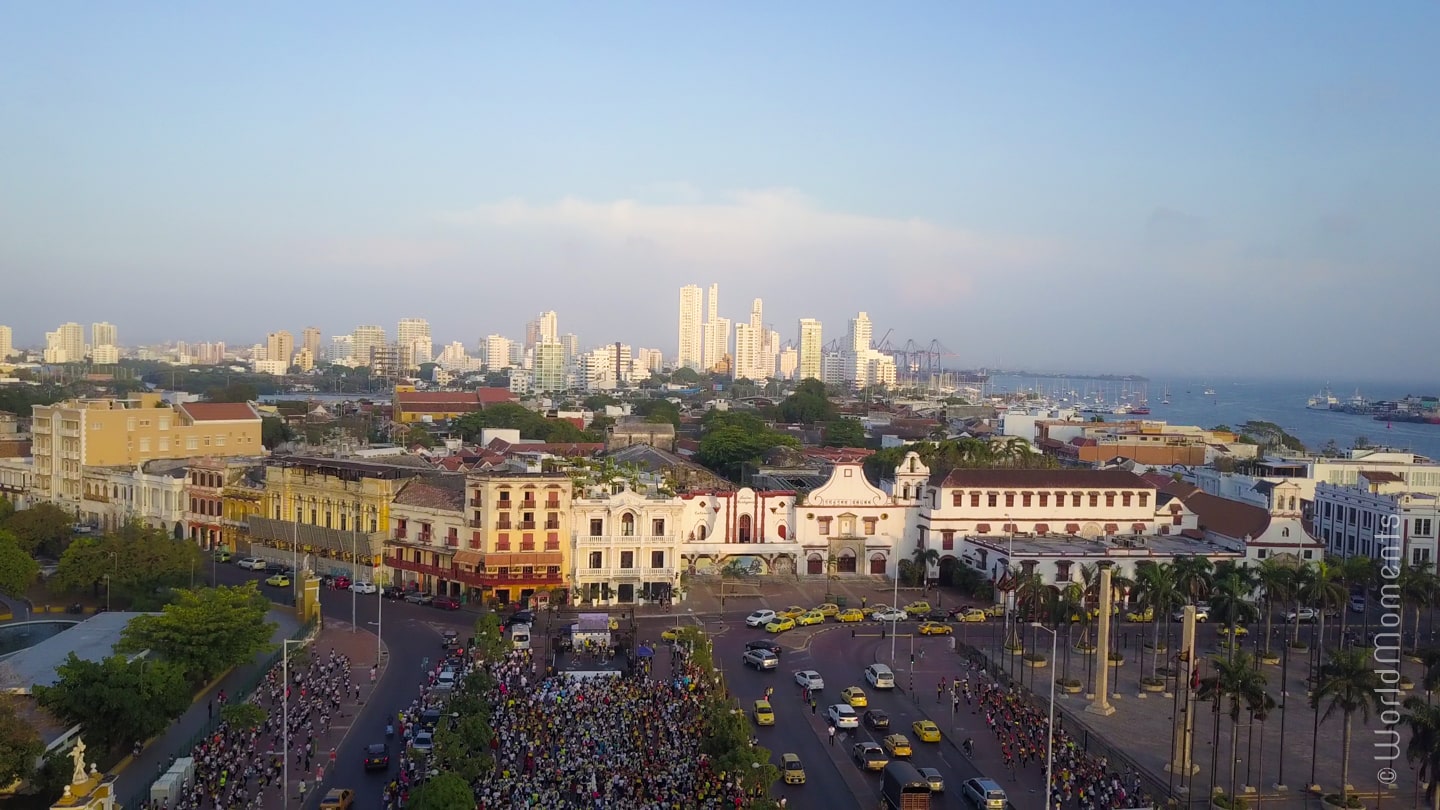 Cartagena tourism – Getsemani: A sporting event where many people dance on the street

In Cartagena, one is never bored: there is something for everyone among the huge range of activities to enjoy. Something you shouldn’t miss is the city tour on one of the “chiva” party-buses; these tours cost no more than 15 USD and they pick you up from the door of your hotel or hostel to take you on a tour of the most important and interesting touristic sites in the city. On the way, you can enjoy a bit of the coastal culture through “cumbia” and “mapalé.” 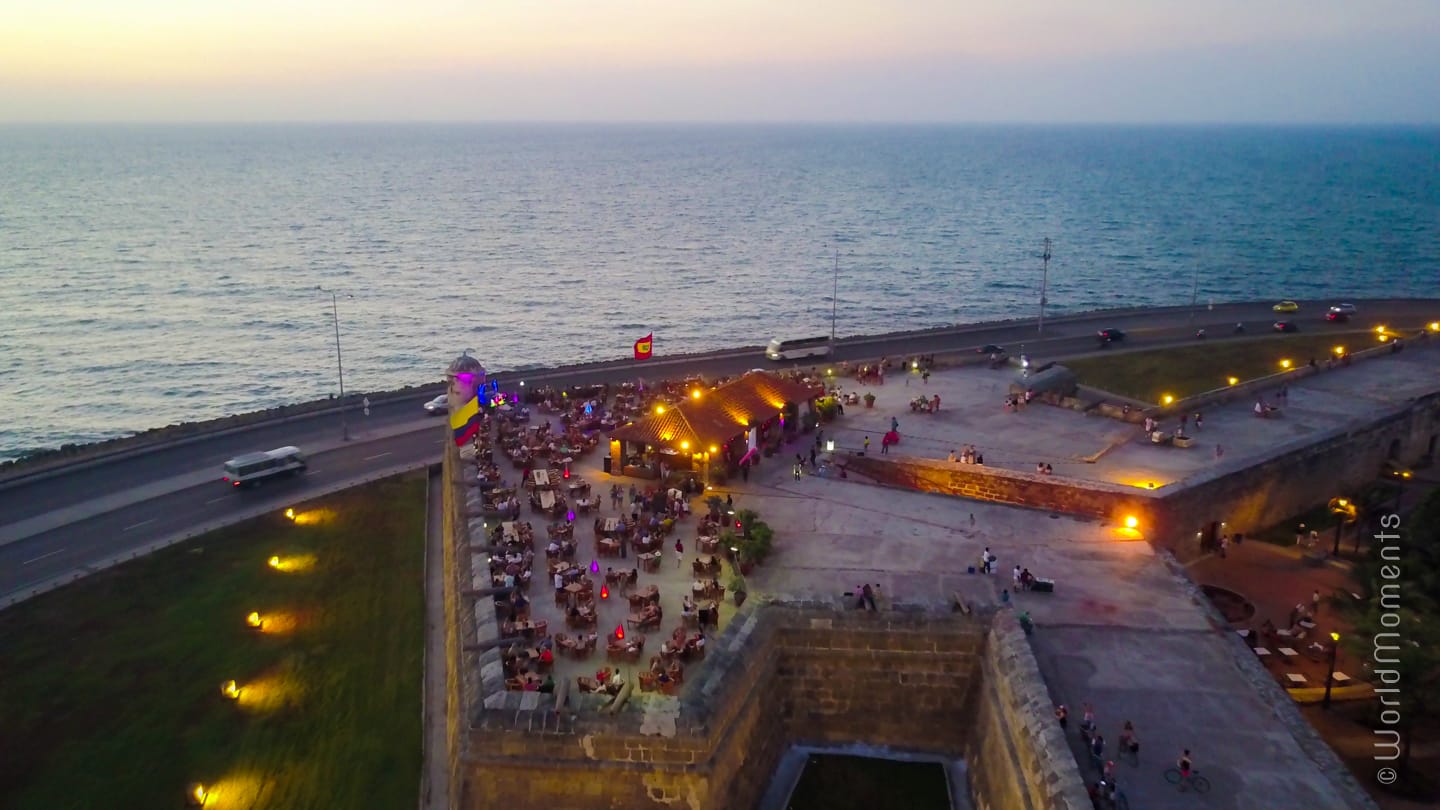 Cartagena tourism – Cafe del Mar: A place to enjoy a drink and the sunset

Enjoy Cartagena, drink Coyol palm juice, and try the mojarra fish in coconut juice in the restaurant Acción de Gracias in Getsemaní. Dance champeta in the Basurto bar, try the ceviche of Sinceleyo and don’t leave without enjoying a chilled beer during the sunset at the Cafe del Mar which sits atop the defensive wall.

As you can see, Cartagena is a very attractive city with a long list of things to do. Here you can watch and read more about Cartagena:

The best things to do in Cartagena

The things to do in Cartagena count, without a doubt, to the most beautiful and popular touristic activities in Columbia,...

The Cartagena beaches offer a great variety, so you can choose the perfect one according to your tastes and preferences.... 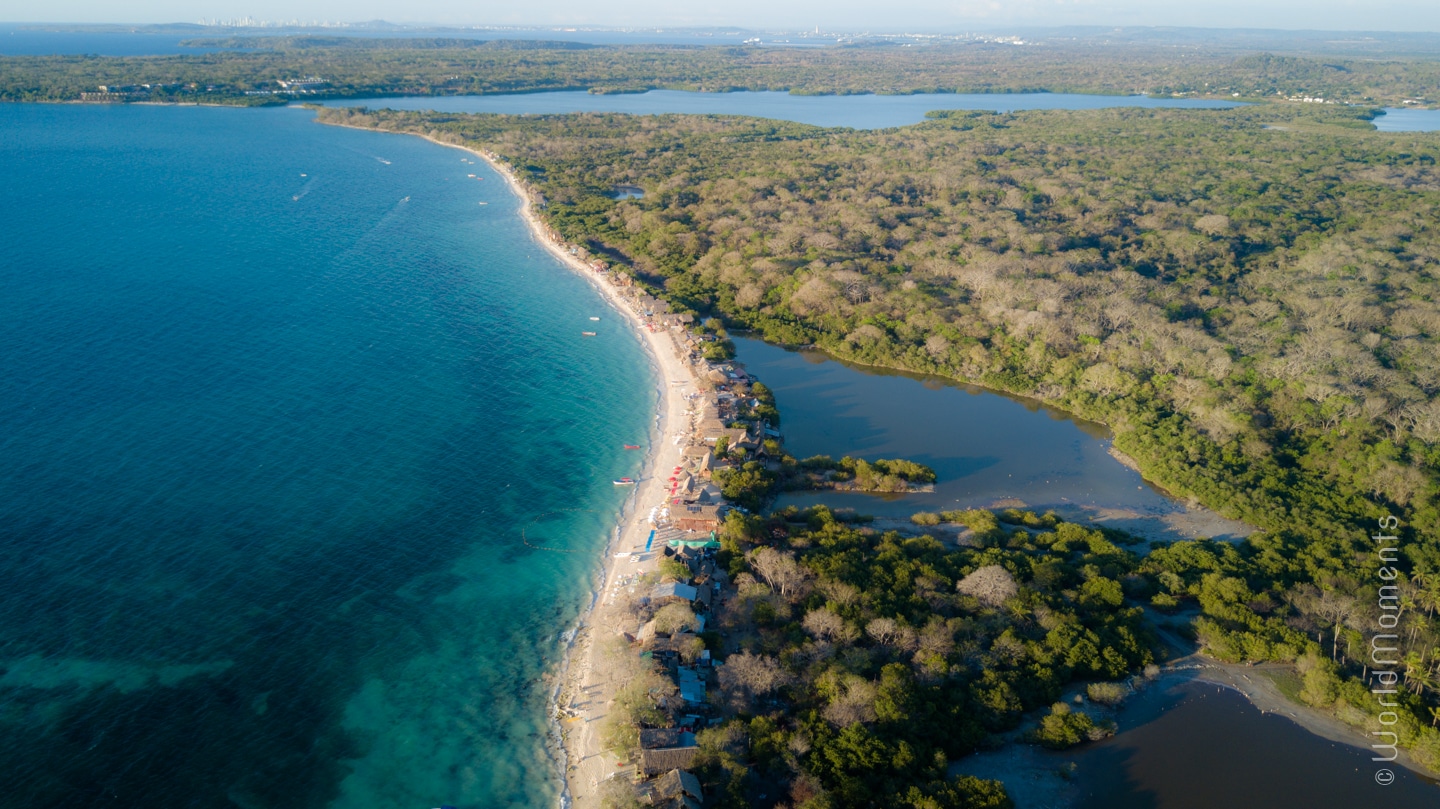 Playa Blanca & the peninsula of Baru

The beach Playa Blanca is located to the south-west of Cartagena, and although it’s in the continental zone, it belongs...

Read More
0
Share
We use cookies to ensure that we give you the best experience on our website. If you continue to use this site we will assume that you are happy with it. Read moreOKAY