If we’re going to talk about beautiful and relaxing places, there’s no way we can leave out San Andrés Island, which is one of the most popular spots for tourists in Colombia to visit. With Caribbean sandy beaches, warm water and a sea of 7 colours thanks to its coral reefs, this place welcomes millions of tourists from all around the world who go to experience this marvelous spot.

The locals are friendly and happy folks, always with a care-free smile from ear to ear, and their attitude is infectious!

The climate here is perfect for those who love the heat, with an average temperature between 25° and 31° centigrade. The warm season is from July to October, while the freshest temperatures can be experienced from December to March. Despite which season you find yourself on San Andrés Island, it is warm enough throughout the entire year to get away with wearing light clothing.

¿How can you get to San Andrés Island from the main cities of Colombia?

To start, I have to tell you that you can only get to San Andrés by plane, since it is an island and it’s located quite far away from the Caribbean Coast of Colombia. In Colombia, there are cheaper airlines like Viva Air and Wingo, and we base the prices quoted in this article on these companies’ prices (for return tickets).

The average price to travel to San Andrés from Bogotá by plane is around 90 USD in whichever of the two airlines we introduced you to; however, note that sometimes flights can go on sale for as low as 40 USD!

In general, it’s cheaper to travel to San Andrés from Cartagena than it is to travel from Bogotá. The average price for such a ticket is around 75 USD, but if you manage to find a sweet deal, you could find yourself paying only 30 USD.

San Andrés from Medellín or Cali

What language is spoken on San Andrés Island?

It’s necessary to tell you a bit about the history of the island so that you have a clearer idea about locals’ customs and language.

San Andrés Island was discovered in the year 1629 by English and Jamaican lumberjacks. The island was fought over for 200 years by the Dutch, French, English and Spanish. In the same period, the pirate Henry Morgan, a Welsh pirate and Sea Captain, chose San Andrés as his very own “Treasure Island.” In 1973, English recognized the sovereignty of Spain over this island, and in 1821, both San Andrés Island and Providencia were publicly declared to belong to the Republic of Colombia.
As a result of all this history, you’ll note that the people of San Andrés speak a Creole: it is a mix of Elizabethan English, Spanish and African dialects; they also speak English. Jamaica also has influenced the island’s culture, specifically with its reggae music.

The Center of San Andrés is the area with the most movement and gatherings of folks on the island. When I say “movement” I mean that there is quite a bit of activity, thanks to the concentration of hotels, restaurants, bars, clubs, casinos and other establishments that contribute to the overall vibe of the island. As a tourist, you’ll feel drawn towards the Center to take a walk and explore, especially at night. It’s not unsual to spontaneously find yourself in a party on the street! 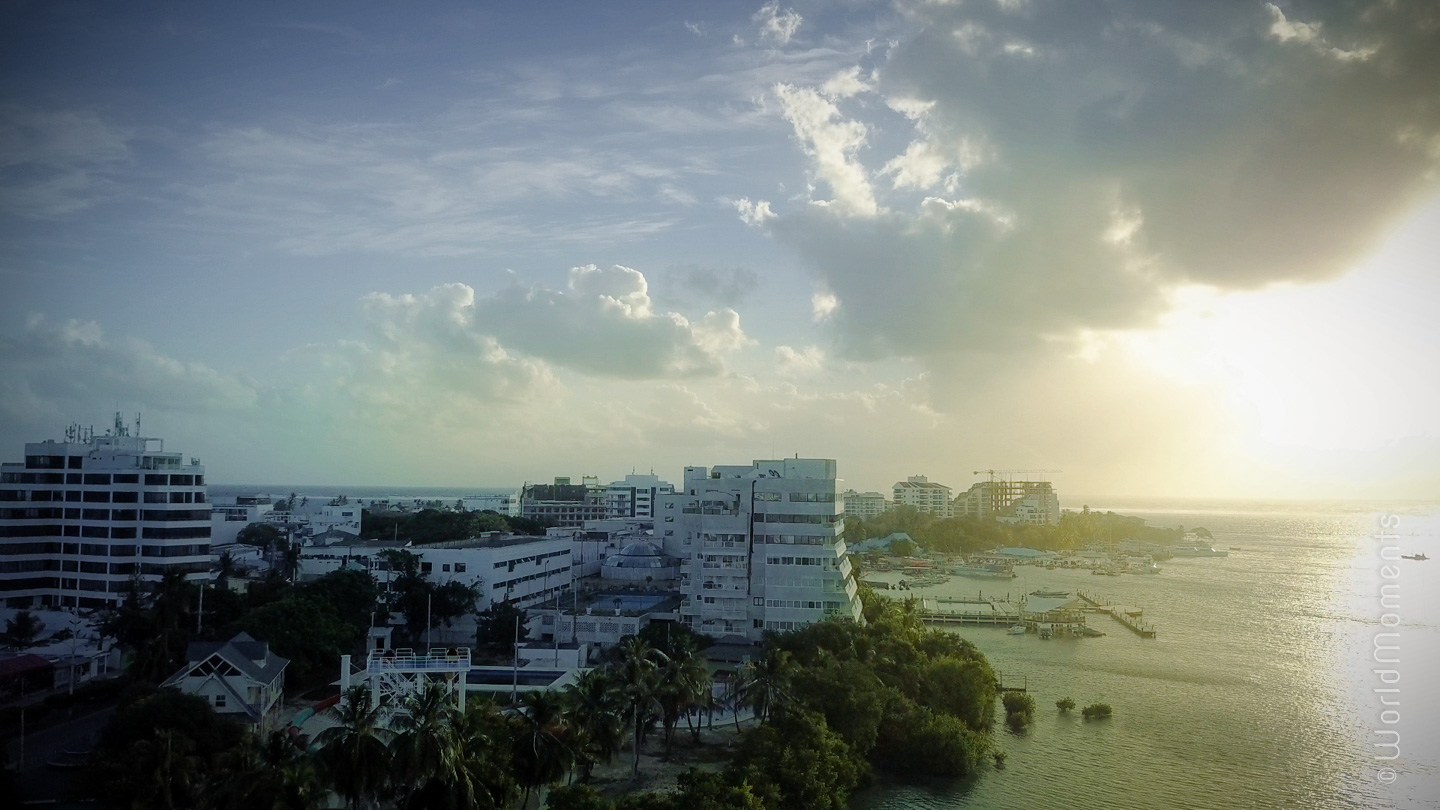 The Center of the island is only a few kilometers away from teh airport Gustavo Rojas Pinilla. You’ll know when you’re in the Center by the number of shops that sell domestic goods, sweets, perfumes and lots more, all at really great prices, since all the merchandise that makes its way to San Andrés is tax-free. Be careful, though, because not all the goods here are original and authentic!

The beach is really close, also, so much so that you can walk there to enjoy the warmth, the sand and the waves. Even though the beach is right out front of the Center, the water there is clean and clear. Around the beach, you’ll find many different trips and tours that allow you to explore the beautiful places that San Andrés offers. See what to do in San Andrés Island here. 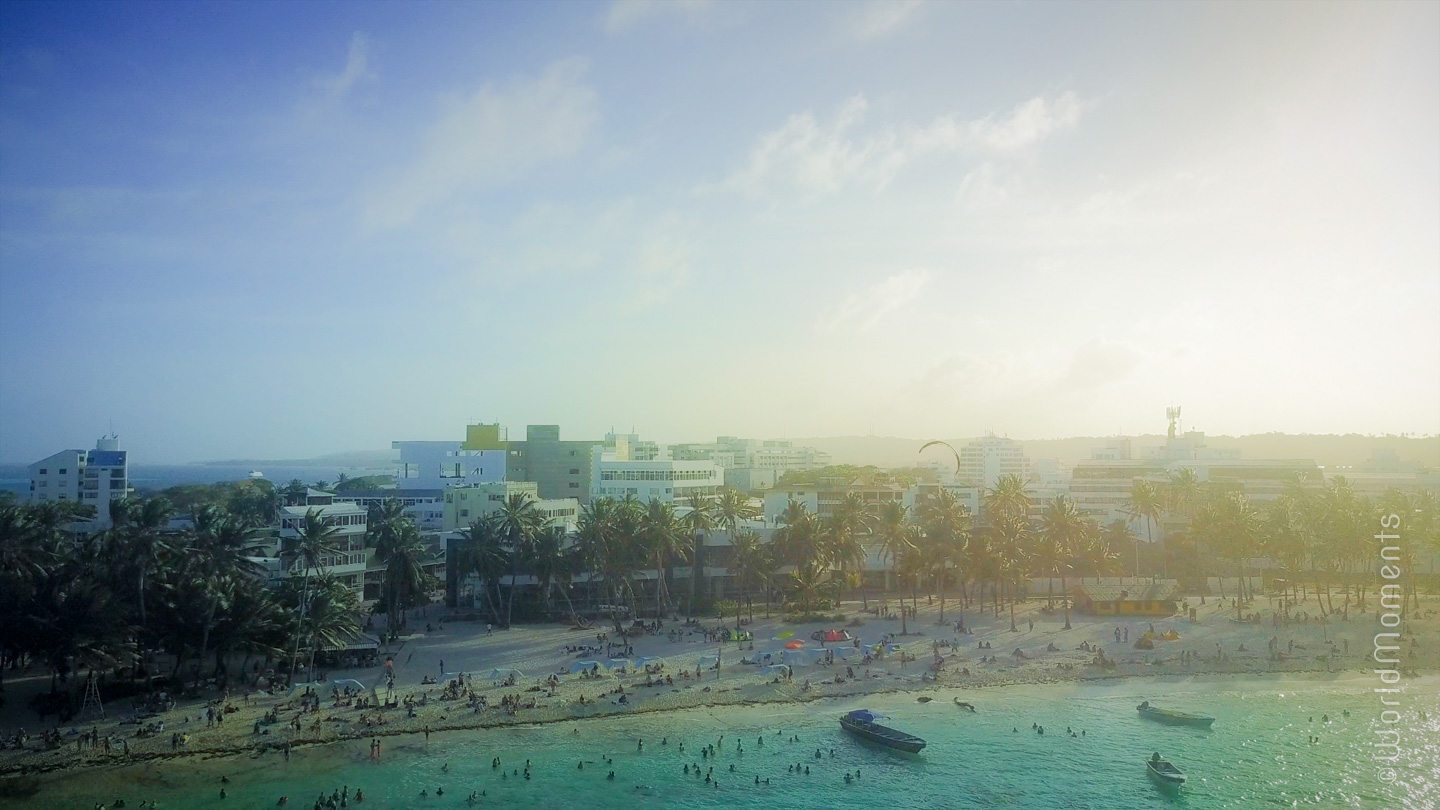 San Andrés Tourism – Main Beach: The beach in front of the Center of San Andrés.

In conclusion, the Center of San Andrés is a central point for all tourists coming to this island, and can’t be missed if you’re looking to enjoy the beach, parties, food, shopping, and more.

Are you packing your bags to go to San Andrés Island yet? 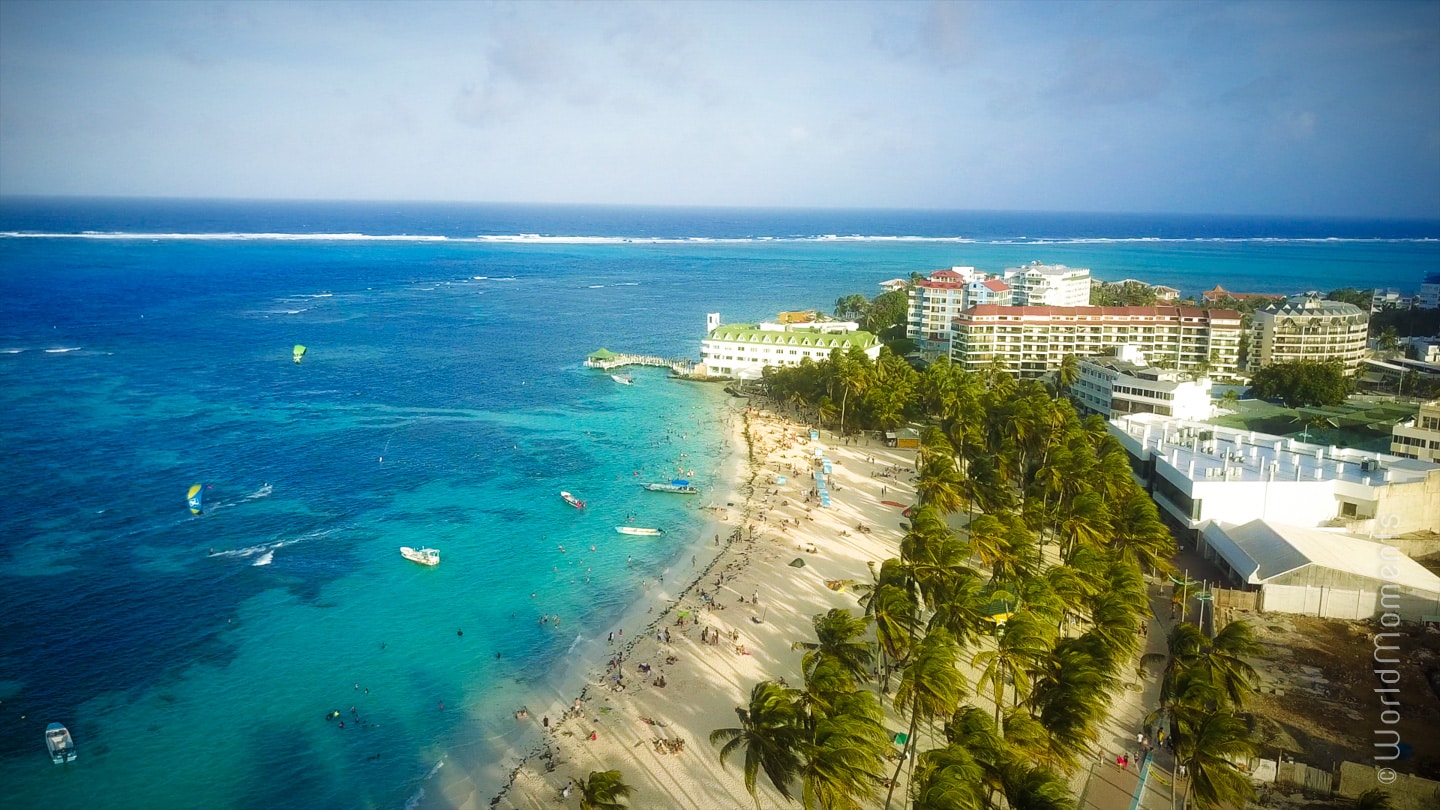 Before preparing your travel to San Andrés, you should keep in mind that to enter the island, you must present...

What to do on San Andrés Island

If you're asking yourself what to do on San Andrés Island, the answer is: enjoy it to the full! This...