Medellín is an attractive city for tourism. Why is that? It’s because Medellin is a city known for its innovating spirit and welcoming people, as well as for its lovely average temperature of 22°centigrade, meaning you won’t have to beat suffocating heat, nor cold. This is why this city is known in Colombia as the “City of Eternal Spring,” this city that enjoys a lovely, temperate climate for the entire year. But you won’t only feel at home because of the climate – the people of Medellin are kind, generous and very funny, so we’re sure you’ll want to come back time and time again. Because of this, the city of Medellin has also been called the City of Open Doors. There’s no doubt that tourists will like Medellin and its surroundings, for you will feel at home.

How to get to Medellin?

To get to Medellin, if you’re coming from outside of Colombia, the best option is to first go to the capital, Bogotá – Colombia, and from the Bus Terminal of Bogotá you can take a bus that will bring you here in 8 hours. This costs around 34 USD for a return ticket; trust me that you will have a pleasant journey because, travelling like this, you will have the opportunity to admire beautiful landscapes and see the less well-known places that can be found on the way to Medellin, as can be seen on our map. And if you prefer to go by plane, you can get a ticket for approximately 40 USD return, depending on the season and the airline you choose.

Arrived in Medellin: Tourism in the City of Eternal Spring!

In general, when we get to a new place, we look for the center of the city so that we can orient ourselves and move around more easily within the city. In Medellin, there are two ground transport Terminals and two airports. Here are all the possible options to get to the city center:

If you decide to travel by land and you arrive at the North Terminal, you can take go by taxi (about a 20 minute trip,
8 USD) to the city center, or you can take the Metro from the Caribe Station. Similarly, if you arrive at the South Terminal, you can also take a taxi (about a 15 minute trip with good traffic, for around 7 USD), or you can take the Metro, which connects with this Terminal in the El Poblado Station, and in 10 minutes and for less than 1 USD, you’ll arrive in the center. For either of the Metro routes described above, get off the Metro at Parque Berrio Station.

Medellin also has 2 airports, which are the Enrique Olaya Herrera Airport and the José María Córdoba Airport. So, be sure you know which airport you arrive at! Most of the tourists who come to Medellin do so by plane.

If you arrive at the José María Córdoba Airport, located in the Rio Negro (Black River) just outside of Medellin, it will take about an hour to get to the city center. The easiest and most affordable way to get to the center is to take one of the buses that you will find easily at the exit of the airport, which will cost you only around 3.50 USD and will drop you in the San Diego area of Medellin. Now, if you arrive at the Enrique Olaya Herrera Airport, it’s a lot simpler because this airport is much closer to the El Poblado Station of the Metro, of you can take a taxi if you prefer.

History of Medellin: The Age of Narcotrafficking

It’s no secret that, in all of Colombia and especially in Medellin, the people lived through very difficult times as a result of one of the most infamous criminals in the history of the world: Pablo Escobar. When Escobar was 27 years old, in the late 60’s, he broke into the underworld of the contraband production and supply of cocaine, the peak of which would come in the early 80’s.

With the intention of changing the fear of narcotrafficking that was already present in Colombia, Escobar commissioned charity works for underprivileged, poor citizens, and founded a neighbourhood that bears his name to this day. In this way, he earned the respect and support of those who received his charity, as well as the votes with which he became a representativve in the Chamber of National Congress in the year 1982. 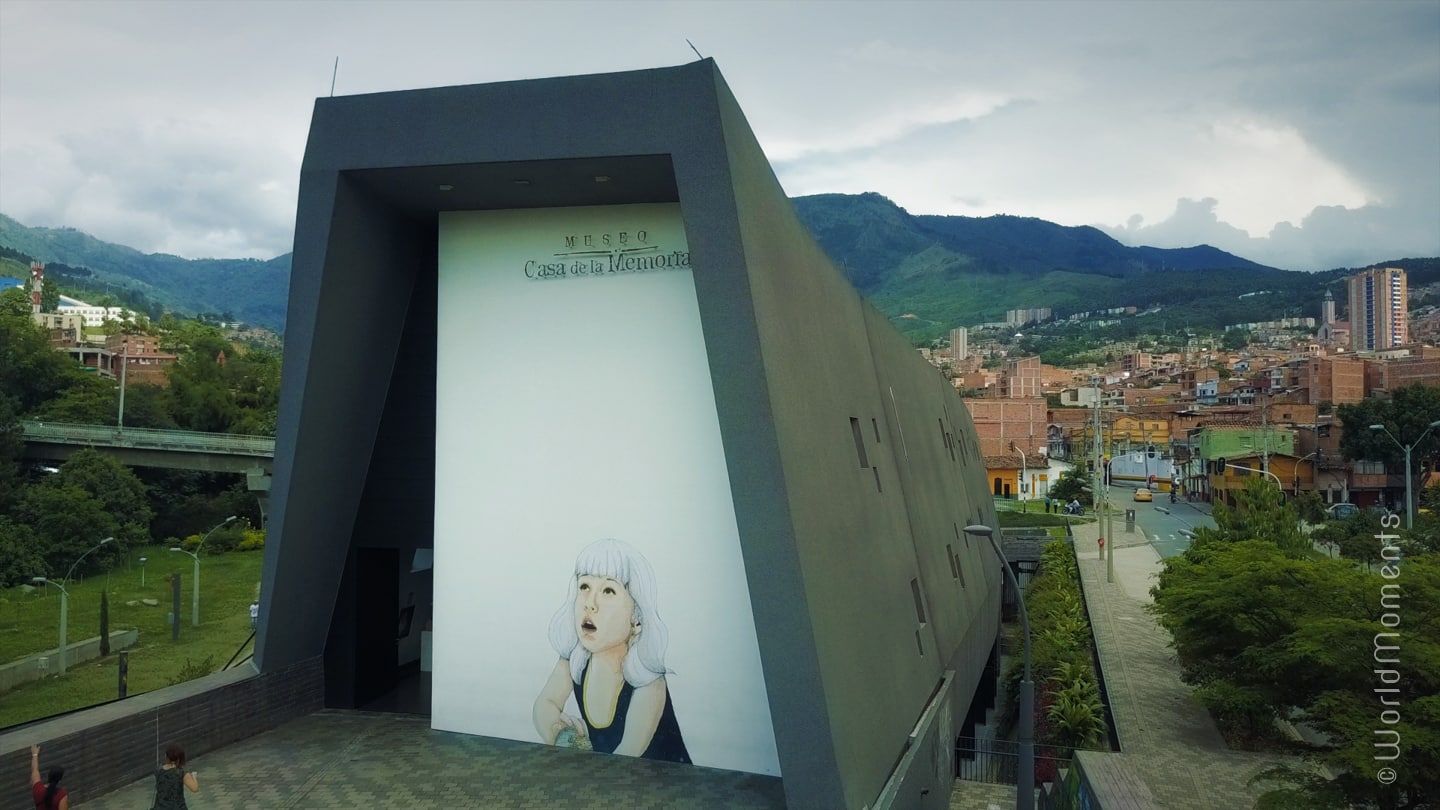 Medellin Tourism – The House of Memoria: where tourists can discover the history of Medellin.

In that same decade, the 80’s, Pablo decided to found the feared Medellin Cartel, driving the Colombian State to its knees with blood and terror. He did this with allies Gonzalo Rodríguez Gacha, Carlos Lehder and Jorge Luis Ochoa. Some of the bloodiest attacks of this Cartel were the taking of the Palace of Justice in Bogotá in the year 1985, the bombing of an airplane of the airline “Avianca” while it flew, in 1989, and the powerful explosives used in the Administrative Department of Security building, also in 1989, among many more.

Thanks to the search block that the Colombian government organized, the heads of different Cartels were eliminated, one by one, as well as their sicarios, very few of whom survived; one such survivor is Jhon Jairo Pérez, A.K.A. “Popeye”. The death of Pablo Escobar came in 1993, in Medellin, when he was shot three times.

The new Medellin: The Foundation for Medellin Tourism 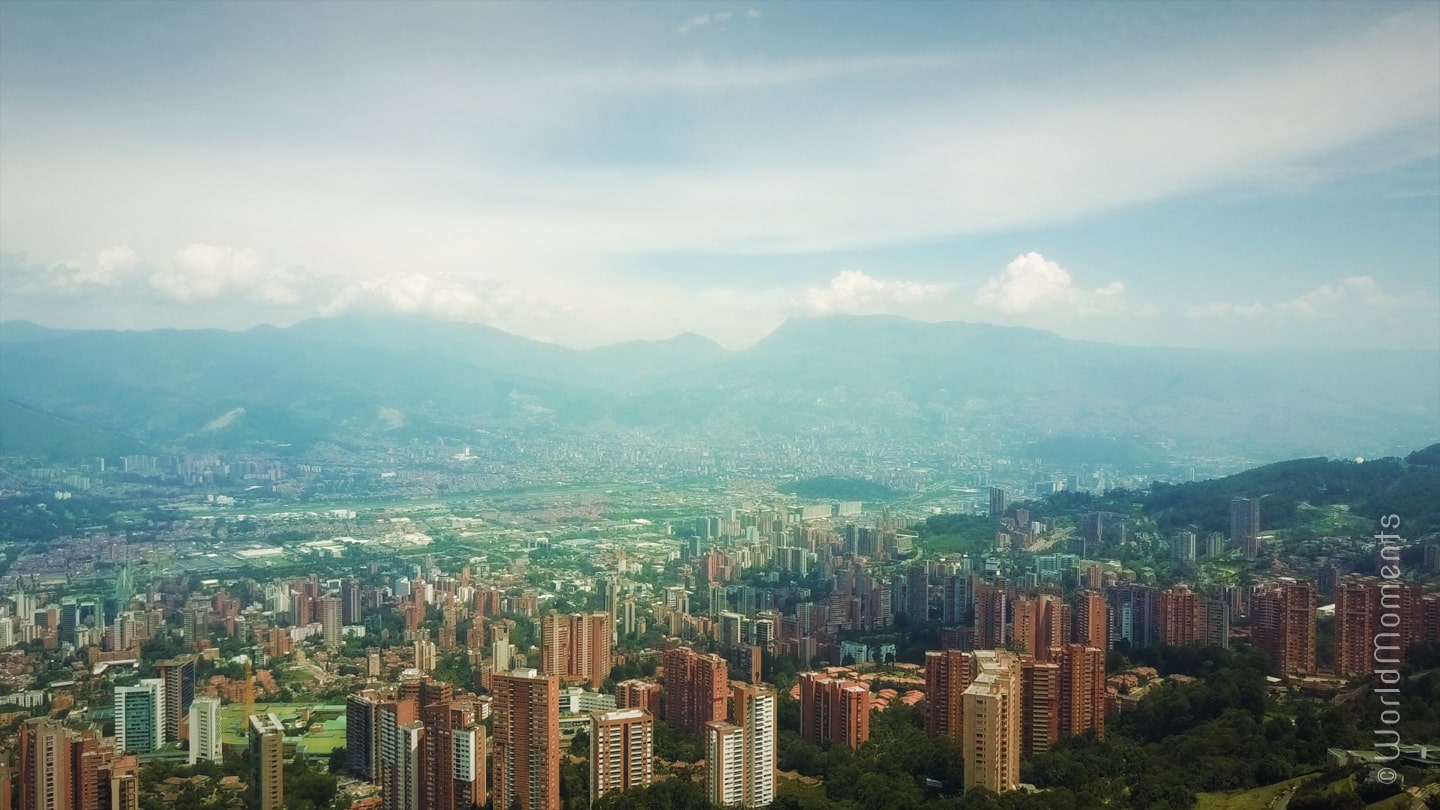 Tourism in Medellin – El Poblado is the center of nightlife

After the nightmare that the citizens of Medellin and Colombia lived through, today Medellin smiles. The nightlife is thriving and tourists in Medellin can enjoy its tranquil ambiance. You can see this reflected in its people, always smiling, always friendly, optimistic and proud to be “Paisas” – the fear of the past has been replaced by pride of their city and its growth. This is the new Medellin, an innovative city that always keeps its doors open to receive us, you and me, as guests.

And now that you know a little about Medellin, do you think that it’s a city worth experiencing and enjoying?

Guatape – The Penol: A giant rock

Guatape, known in Colombia as the Village of the Zocalos, is a beautiful and colourful Colombian municipality....

In this article, I would like to guide you as to which are the best things to do in Medellin,...