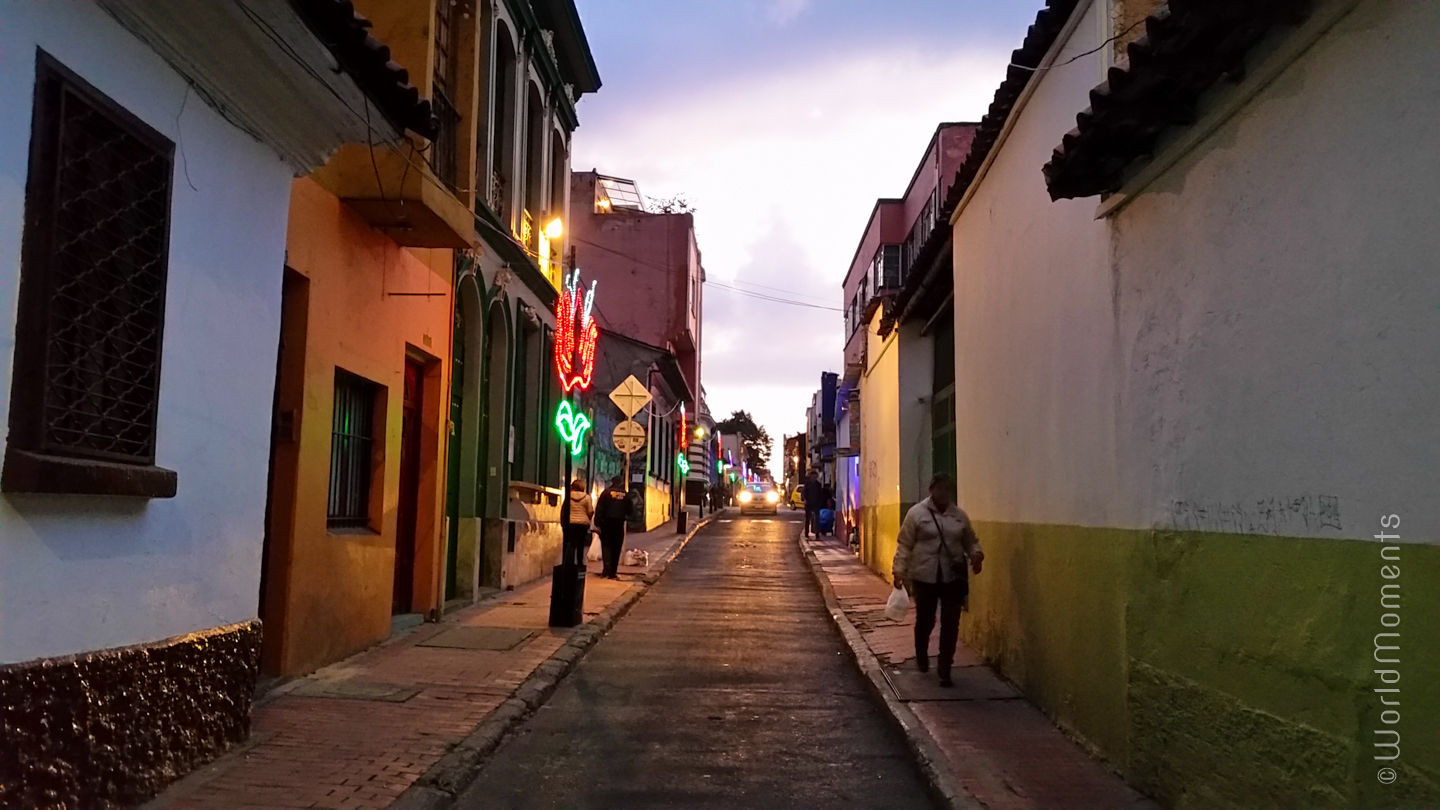 Tati   |   Bogota, Colombia   |   No comment
When you arrive in Bogota, there’s a place that everyone will start recommending to you as soon as your feet touch the ground in Bogota: La Candelaria. And you ask yourself, “what is La Candelaria?” Well, here I will tell you about this beautiful, enchanting and historic site in central Bogota.

La Candelaria of Bogota is an area that is composed of 5 neighbourhoods that cover the Historic Center of Bogota and that have been described as having both cultural and historical importance. And this isn’t for nothing: it is here that the city of Bogota was founded in the year 1538.

The history of La Candelaria is considerable and interesting, and so each of its paved streets bears a name from its history. Among the names that grab my attention are La Calle Pecado Mortal (Mortal Sin Street), which is so called because of an old man who used to wear a cape and hat and ask for money from those who were known to be in mortal sin. La Calle del Silencio (the Street of the Silence) which was the the quietest street in the Colonial times. These are just a couple of the many streets that bring La Candelaria’s history to life every day.

In many of the original great houses that are part of La Candelaria, today there are museums, theaterss, bars, restaurants and various touristic spots that surely could be of interest to you; you can find these sites in our touristic map of La Candelaria.

La Plaza de Bolívar proudly bears the name of the liberator of Colombia. In the center of the square one can see a statue of the eponymous Simón Bolívar, which was donated by the Italian artist Pietro Tenerani in the year 1846. This square originally was an enormous market square surrounded by colonial houses. Today it is encircled by the Office of the Mayor of Bogota, the Palace of Justice, and the Chapel of the Tabernacle, among other buildings of civil importance for the city. 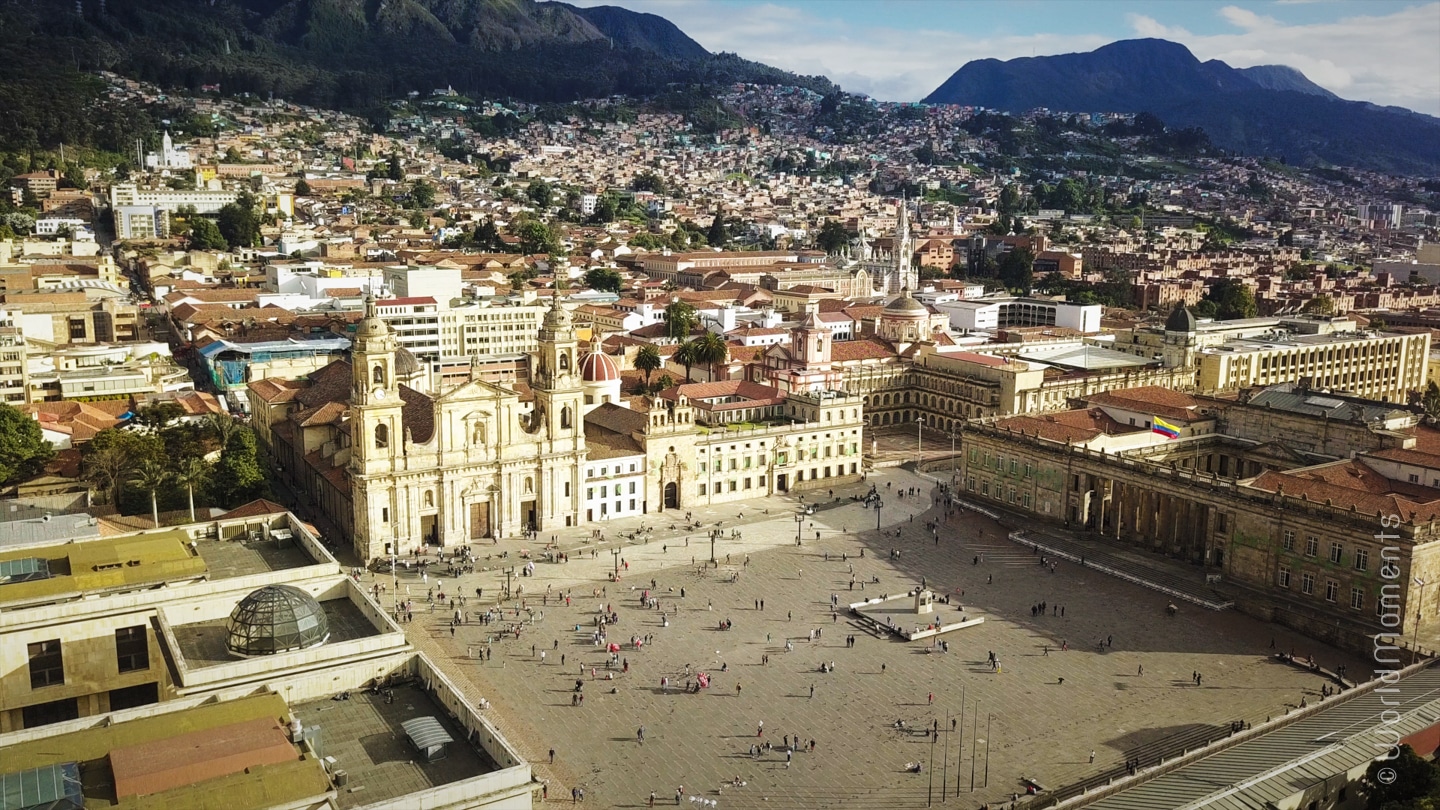 This is the oldest site in all of the Candelaria and Bogota, for it was here that the first houses of the city were constructed.

The famous Chorro de Quevedo (Quevedo’s Stream), which is recent years has been converted in one of the must-see touristic sites of Bogota. The site consists of a little square and a narrow street called La Calle del Embudo (Bottleneck Street). This street is picturesque and one can stroll this street while appreciating the various handcrafts and different paintings on the walls of the old houses, which today have been converted into bars and artisanal shops.

As a recommendation for when you visit this fun spot (because you will see that it’s entertaining), don’t forget to ask for “La Bendita” (The Blessed), the Museum of la Chicha, which is decorated by typical antiquities of Bogota where you can mash corn and learn a little about the history of Bogota and, of course, drink the ancestral drink of the region, chicha. 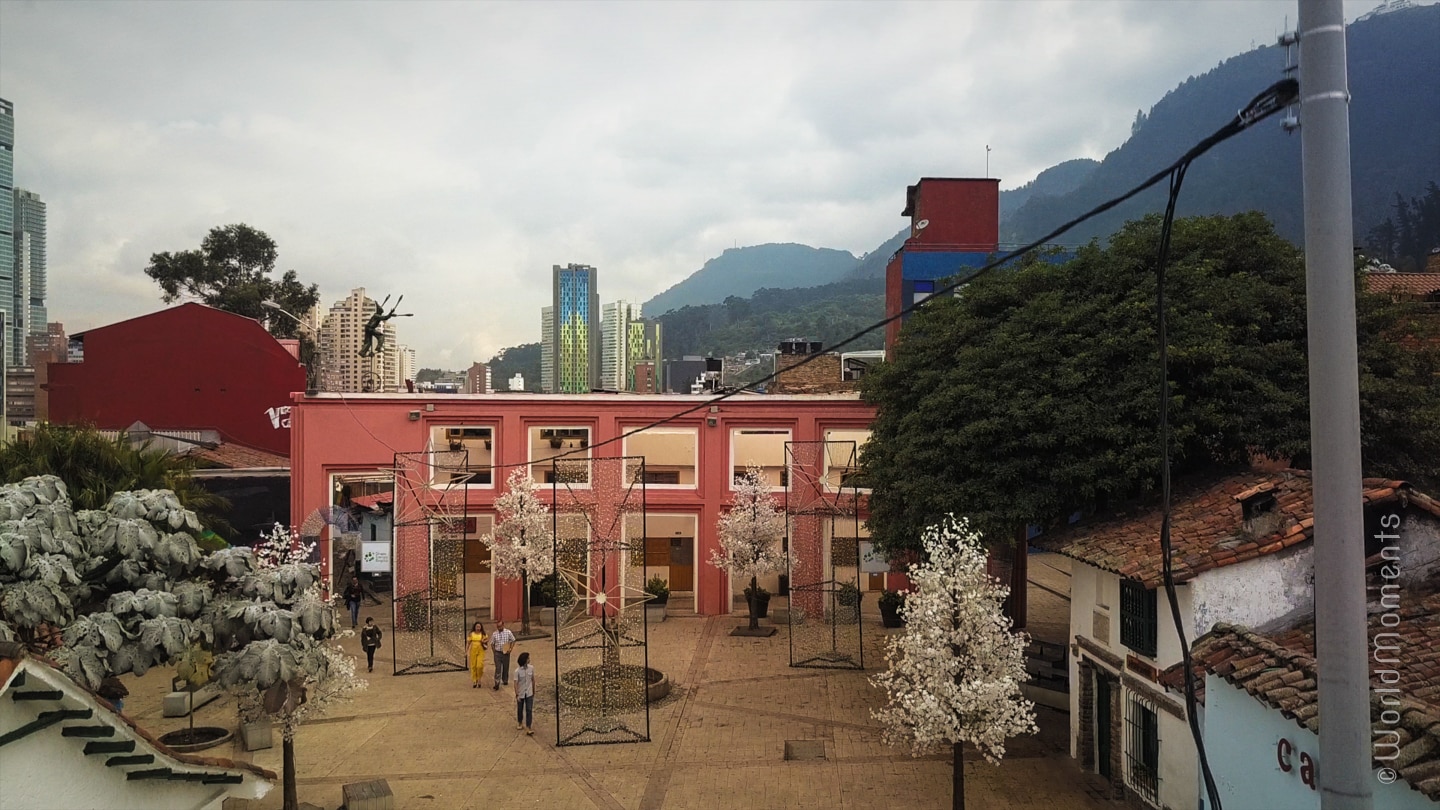 The García Márquez Cultural Center is a place to enjoy art and culture in their multiple forms of expression.

This site offers a library, which has enough room to for 50,000 books, and an art gallery with 216 square meters of exhibition space. What’s more, it is home to other spaces in which one can enjoy concerts, book presentations and various other events. This is an attractive spot if you enjoy art and culture.

Among the most appealing touristic attractions of Bogota that are close to La Candelaria, we find the Gold Museum (El Museo del Oro) and Monserrate Peak, both of which you can walk to from the historical Old Town (La Candelaria). 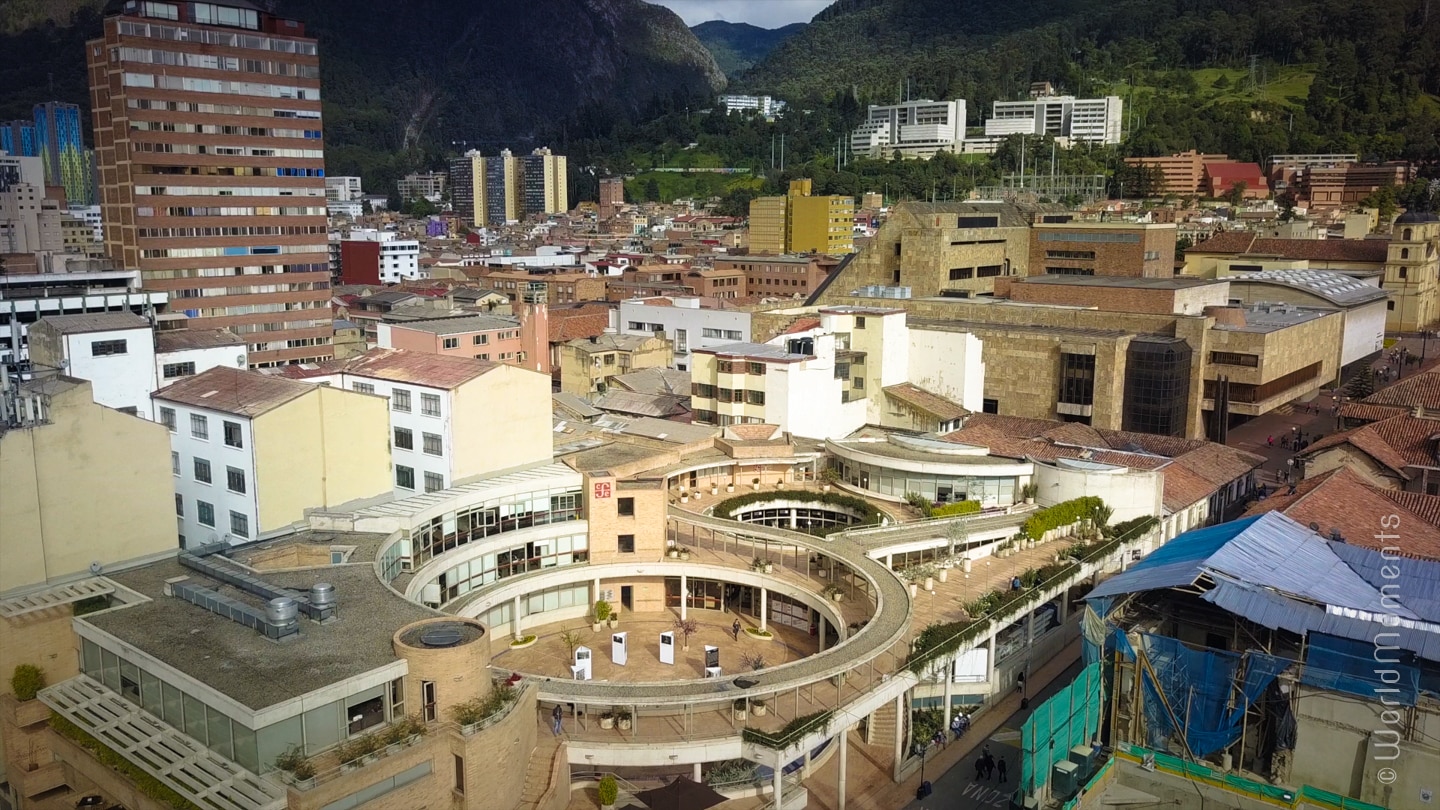 My recommendations in La Candelaria

If you’re looking for somewhere to try typical dishes of Bogota, La Puerta Falsa (The False Door) is perfect for you. This restaurant serves exquisite and popular tamales, ajiaco (pronounced “ah-hee-a-ko”), which is a thick soup with delicious flavours and strips of chicken, traditional hot chocolate with almojábanas (fried bread) and cheese, aguapanela (cane sugar-water) and the un-missable deserts, all of which have been served by this restaurant for more than two centuries, delighting even the most demanding palates.

Do you want to “rumbear” or, in other words, go dancing?

There are many places to dance in La Candelaria, Bogota, but I’ll recommend two locations to you. The first is Quiebracanto: this club – bar caters to those wanting to dance Salsa and hosts live concerts. The other place is Goce Pagano (Pagan delight!), with more varied music and a familiar ambiance, which is a good place to enjoy all kinds of dance. 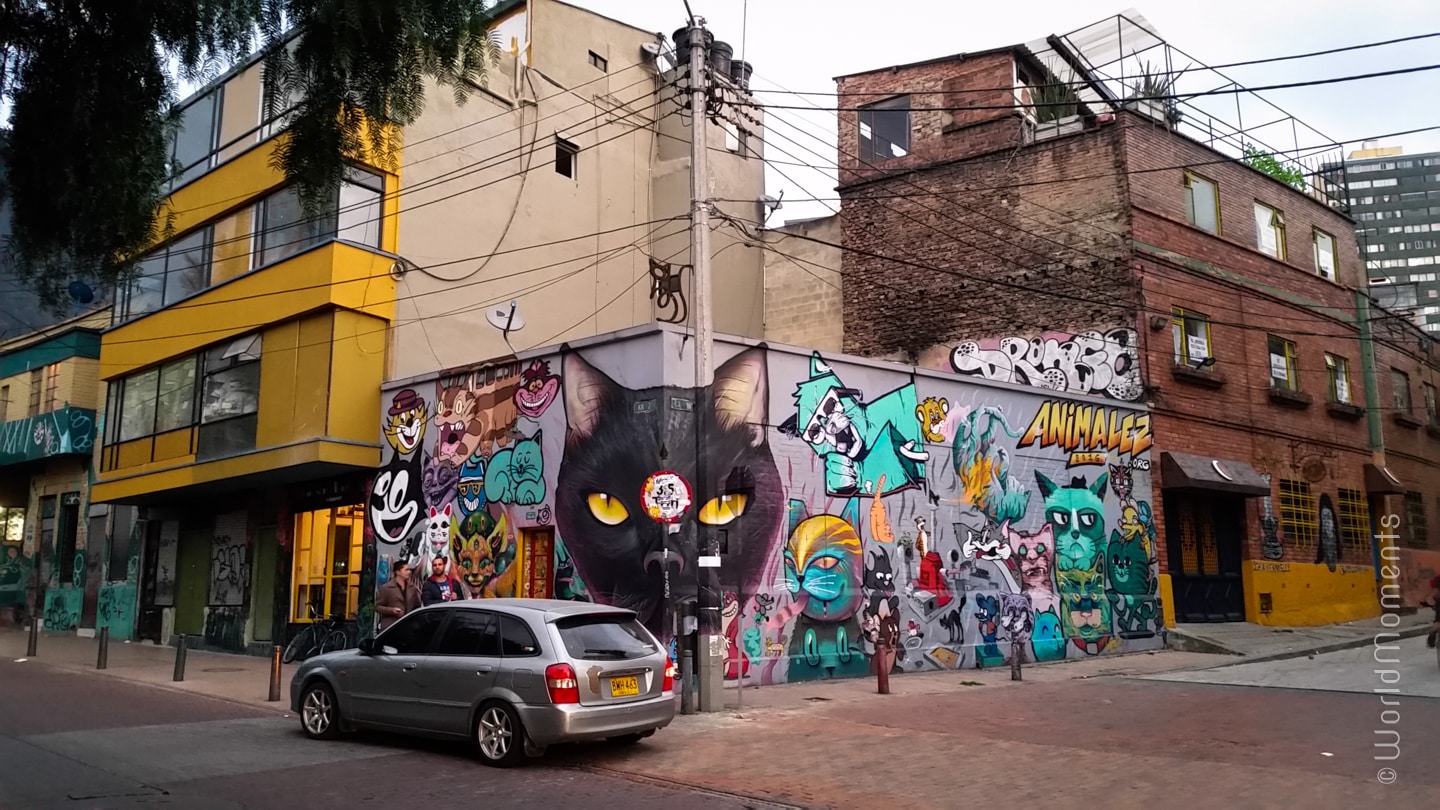 La Candelaria Bogota: Graffiti is part of the streets beauty. Do you find the stop sign outside the image?

My last recommendation, which is important, is that you don’t display objects of value in La Candelaria, as you’ll hear from the lips of many Bogotanians, “no des papaya” (literally, “don’t give papaya”, which means don’t give pickpockets and thieves an easy target). This is because there are lots of folks just waiting to spot an opportunity, that is to say, someone “giving papaya”. Also, be careful if you are considering walking on quiet and dark streets, because in Bogota there are many homeless people who live on the street. Most people say these folks are harmless, but I would prefer that you be careful.

Well then, what is your plan to explore a new place, perhaps you can give us some advice! 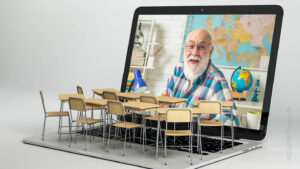 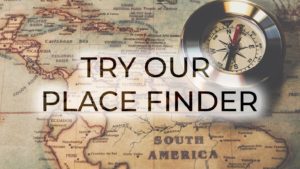 Find the most beautiful places of Colombia.
We use cookies to ensure that we give you the best experience on our website. If you continue to use this site we will assume that you are happy with it. Read moreOKAY